Thank you for an amazing Season!!! 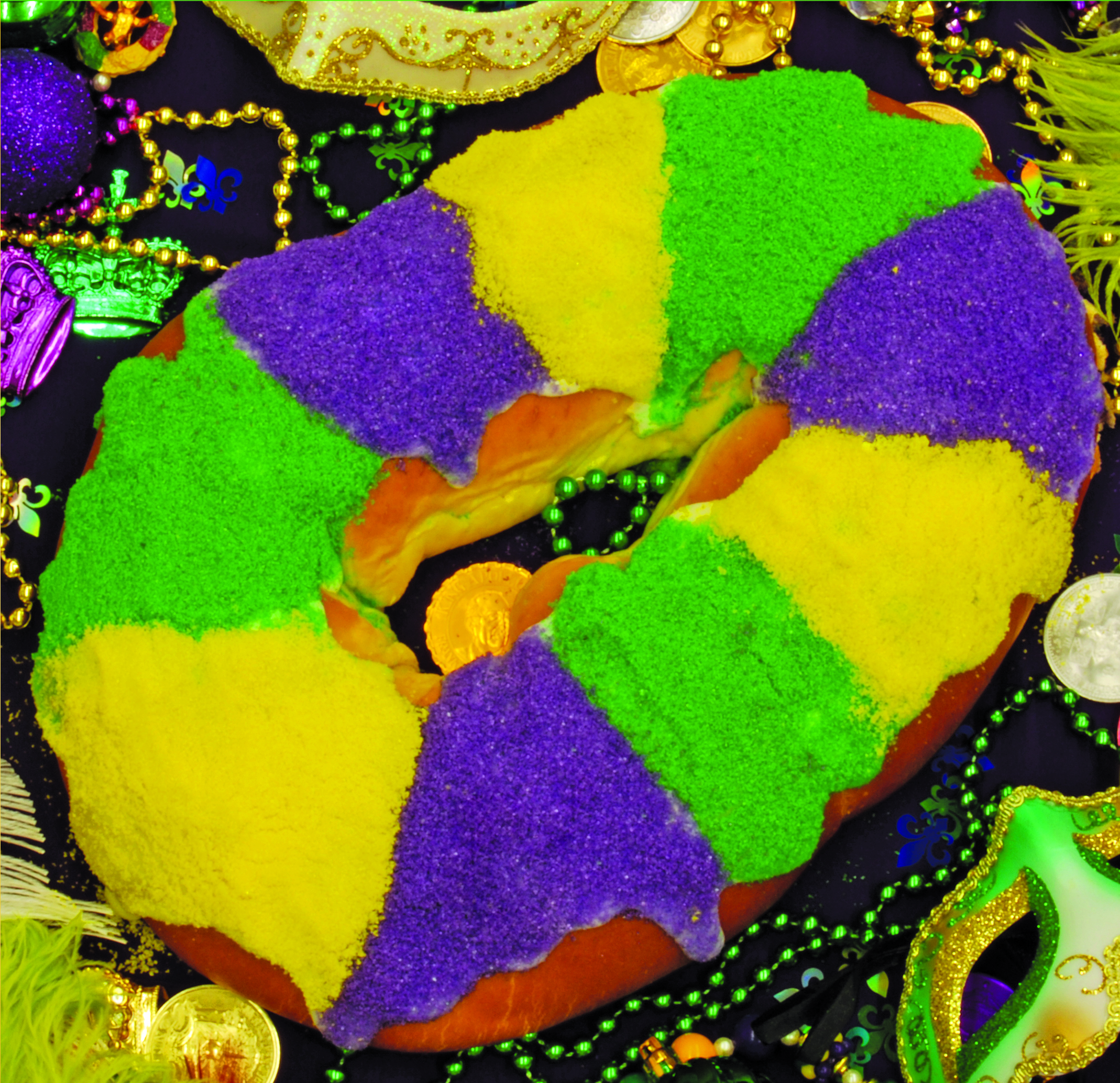 We have Closed online shipping for the 2022 season. Here are some facts about The Mardi Gras Tradition

The Mardi Gras season officially begins on the Twelfth Night of Christmas, January 6th.  It then continues until Fat Tuesday, which is 47 days before Easter.  Carnival is celebrated around the world as a time of feasting and merrymaking immediately preceding Lent.

King cakes were originally baked to honor the three Kings. The oval shape portrays the route the Kings took to confuse Herod, who was trying to follow them to kill the Christ Child.  The cake is decorated in traditional carnival colors of green, gold and purple.

The colors were selected to be the official colors of Mardi Gras in the 1872 by Rex the King of Carnival.  Green stands for Faith, Gold signifies Power, and Purple represents Justice.

In the early day, a coin or pea was hidden in the King Cake, believed to bring good luck for the coming year to the finder, who was declared King for the day. Over the years this tradition has evolved into the baby now hidden in every King cake.  Whoever finds the baby is still declared King for the day and, in royal fashion, throws the next party.

So watch for the baby inside!